By Philip Richter on December 7, 2015 in Cars, Collections, History, People 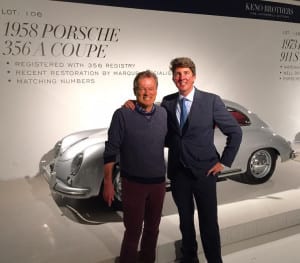 Recently, I had the pleasure of spending an afternoon with Sports Car Market (SCM) founder and publisher Keith Martin. We met for lunch at the ultra-chic David Burke Kitchen in the West Village. For an avid car and motorcycle collector, time with Keith is gold. I am a lifelong learner and Keith is always willing to share his encyclopedic knowledge.

Given that Keith lives in Oregon, it was a special treat to be with him in New York City. Over a delicious lunch we covered a lot of ground. The current collector car market remains robust. Valuations remain lofty and the “sport” of car collecting is still in growth mode. Keith’s observations of several recent auctions confirm that the collector car market is alive and well.

Keith elaborated on the collector trends he saw emerging at Monterrey. He astutely observed that thirty and forty somethings were paying big money for modern supercars. Lamborghini Countach’s, Bugatti Veyron’s, McLaren’s, Porsche Carerra GT’s, Saleen Twin Turbos and the like all sold for huge money at Monterrey. These cars are not classic in the Duesenberg sense of the word, but they sure are powerful and exotic. Keith noted in his recent SCM editorial about Monterrey that, “muscular bidders wanted modern cars, and they paid big prices.”

Keith’s latest observations in SCM certainly influenced my recent decision to buy a comparatively rare and modern Mercedes-Benz SL 65 AMG Black Series. After a wonderful lunch we strolled across the West Village to preview the Keno auction. Upon entry Keith secured me a wristband and introduced me to Leslie Keno. Together we perused the auction lots and I absorbed Keith’s commentary and insight on several of the fabulous cars on display.

The Keno Brothers put on quite a show. The layout, lighting, and inventory was impressive. Holding the auction preview in a trendy warehouse venue in the West Village added further intrigue. There were several cars that caught my interest, including the 365 GTB/4 N.A.R.T. Daytona. This car has a history that is of personal interest because an old friend of mine was deeply involved with the car when it was raced at Le Mans. Ultimately the Keno auction sold about $8.3 million worth of cars. Several cars did not sell, including the N.A.R.T. Daytona.

If only every afternoon could be spent with Keith and dozens of extraordinary classic cars! 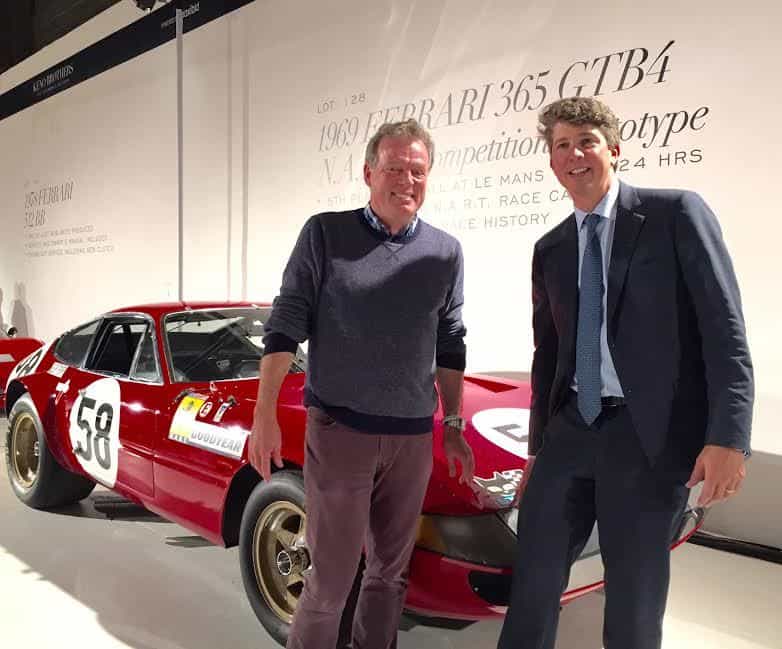 In front of the Le Mans N.A.R.T. Daytona at the Keno auction in NYC.

Philip Richter is President and co-founder of New-York-City-based Hollow Brook Wealth Management, LLC. The Turtle Garage Blog, he says, is dedicated to his "love of excessive personal transportation."
View all posts by Philip Richter →